Check out our Promotions page for the latest books on sale! Go >

A day in the life at the MESC lit fest

Having never had the chance to attend a school literary festival in my own school days, I was excited when Paul at Ford Street Publishing asked if I’d like to help out with running the bookshop for the day as part of my internship. 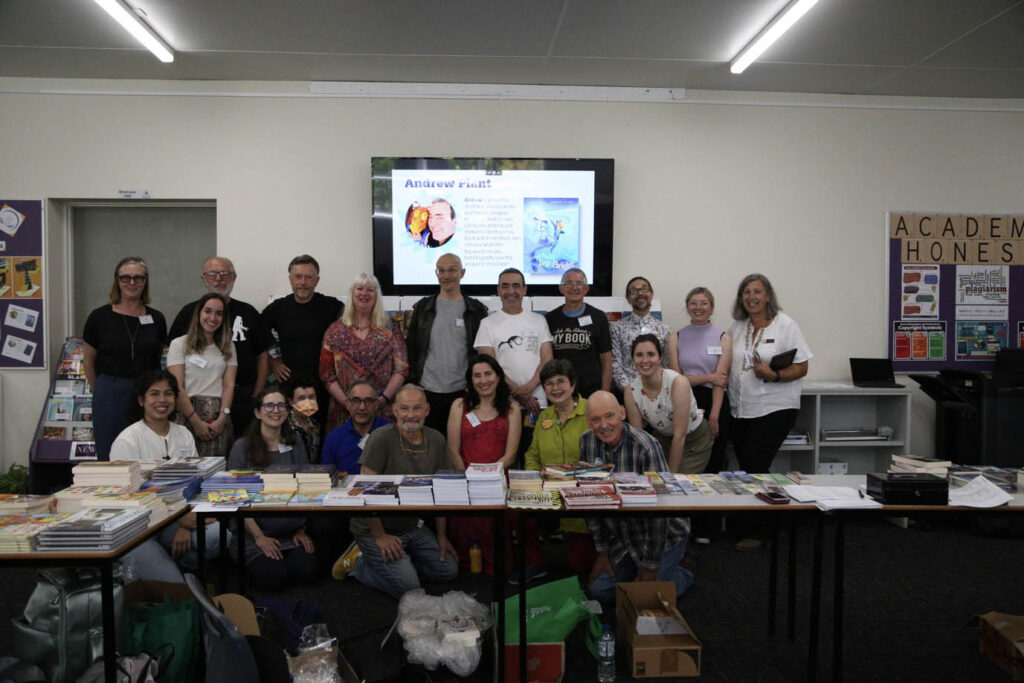 The day kicked off with the fabulous Meredith Costain as MC. Meredith is a prolific writer with many picture books and novels—including the iconic Ella Diaries—under her writing belt. The room filled with suspense as the festival’s competition quiz was introduced: a writing-themed questionnaire wherein the winner could win… *drumroll* a stack of books! What better prize is there?

Each of the authors were introduced. The students at Mount Eliza Secondary College had a range of authors’ workshops to swap between; there were a lot of big names in attendance, including Anna Ciddor, Paul Collins, Justin D’Ath, Sean McMullen, George Ivanoff and Andrew Plant—just to name a few.

Each of the workshops showcased a broad range of topics all unified by one theme: telling stories. One workshop was dedicated to telling stories through use of images or drawing, another based on using different perspectives to tell stories, and another followed the idea of drawing inspiration from the most unexpected places.

I found myself in the workshop of Pierre-Jacques Ober and Jules Ober. This incredible duo are the masterminds behind The Good Son—a book which was CBCA shortlisted and won the NSW Premier’s Young People’s History Prize. The book has also been hailed as ‘having the power of a timeless fable’ by The New York Times. 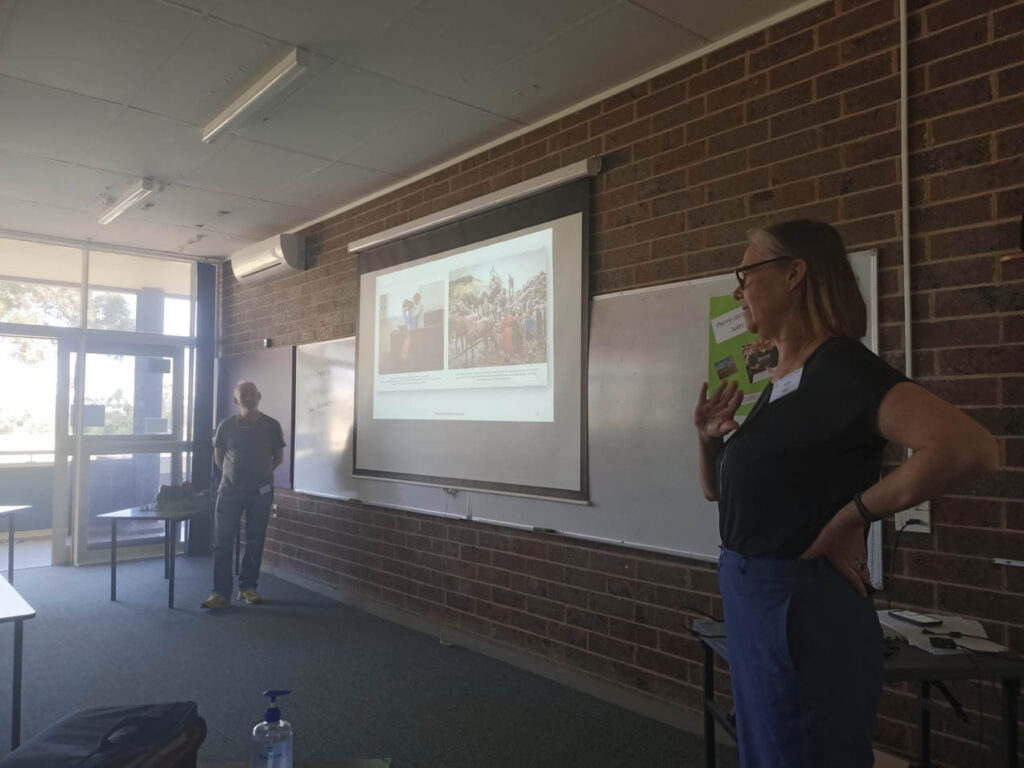 Their latest book is Jacqueline: a soldier’s daughter, published by Ford Street Publishing. This book follows young Jacqueline as she embarks on a perilous journey during WWII, using miniature figurines and minimal text to tell the story.

Jules Ober discussed how she used natural lighting to get those perfect photographs for the book. Many different techniques and a lot of creativity was needed for certain shots; a lot of time was spent waiting for the right time of day to shoot, or trying out different camera positions.

On my way back to the bookshop, I managed to briefly duck my head into Andrew Plant’s workshop. Students—and admittedly, myself—were instantly enthralled by his captivating stage presence as fits of giggles filled the room.

It’s talks like these where you can see the author’s passion and love for their craft shining through. Plant discussed the importance of writing stories from different perspectives, referencing one of his titles in particular: The Poppy, another Ford Street Publishing title. 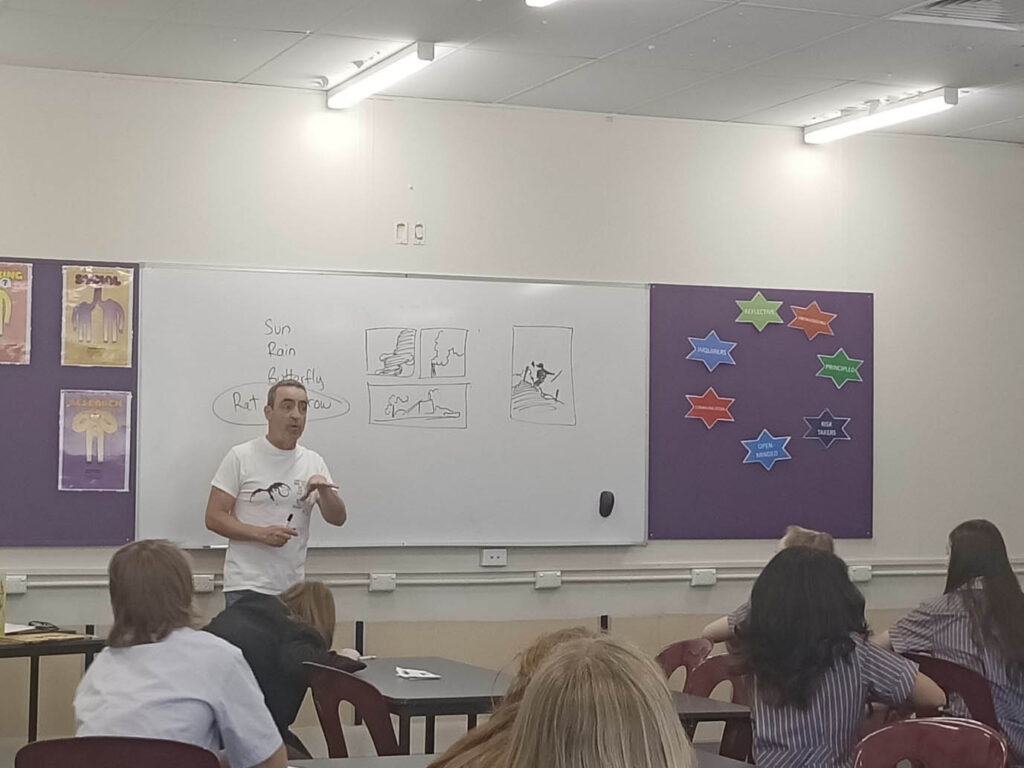 Using his book as an example, he showed the class that war stories don’t always need to be told from the soldier’s perspective. Telling the story from a bullet or, yes, a poppy, can give the story a whole new lens.

The day ended with the students filing back into the hall to witness a draw-off between illustrators Andrew Plant and Marjory Gardner … and the school’s art teacher, Mr Gregory.

Author George Ivanoff narrated the experience expertly, building suspense as he chose each topic for the trio to sketch in front of a tense crowd. 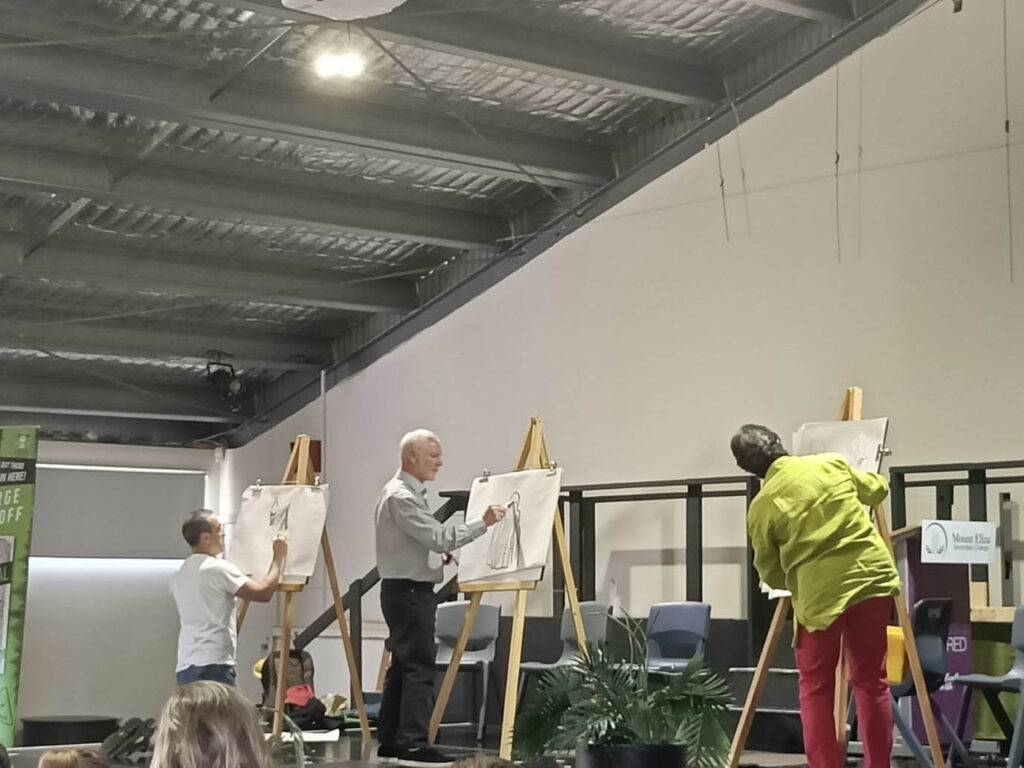 Cheers filled the room for each illustrator as they each competed to be the winner. It was, in the end, Mr Gregory who took home first prize.

The session ended with a Q&A session between the students and the authors, which provided some great insights into their processes.

Ford Street Publishing run these festivals in collaboration with schools, creating an environment that allows an amazing experience—just like this one—to grow into something special.