Check out our Promotions page for the latest books on sale! Go >

School Libraries: A Place for Friends by Liz Ledden

My primary school’s library was small, dark and dingy, located on the lower floor of a former convent building. In my nine-year-old mind, it was most definitely haunted (and this was a very exciting thing). It was the mid to late 80s, before the days of digital learning hubs, smartboards or any kind of screen-based learning. The library was purely for reading and borrowing books, and silence was expected. But as straightforward as it was compared to today’s multi-faceted, welcoming hubs of literacy-based wonder, it was still a window to the world, a haven and a happy place.

During class library visits, we pored over pages from the Guinness Book of World Records, marvelling at the world’s longest hair, or the gnarled, curly longest nails. We thumbed through encyclopaedias, the font of all pre-google knowledge, and laughed at the ridiculous rhymes in Far Out Brussel Sprout, which seemed so outlandish at the time (and the humour so tame, pre-Andy Griffiths!).

I would arm myself with Asterix comics, delving into the world of the Gauls, swapping anecdotes about favourite bits with friends. Graeme Base’s Animalia was released – and it was unlike anything I’d seen before. I also remember parking myself on worn carpet in front of the back wall featuring the middle grade reads, sampling everything from Australian greats like Ruth Park and Robin Klein, to the friendship dramas and pre-teen angst of Judy Blume and Lois Lowry books. Of course, there were mystery series aplenty, adventures to be had in Narnia, and ghostly, witchy tales by everyone from Roald Dahl to Dianna Wynne Jones. The school library was a place for friends – both real life-reading companions, and the friends I’d find between the pages.

Now, I marvel at the range of functions (and books) a school library holds, via visiting my own kids’ public school library – something I’m fortunate they have, considering not all schools do. There are activities, games, clubs and colourful places to sit, however books of course still play the starring role.

As a new author of children’s books, I’m still pinching myself that a book with my own name on the cover will be gracing the shelves of primary school libraries. That a child may get comfy on a cushion or relax on a couch, and lose themselves momentarily in a fictional world where ladybugs and stinkbugs live in separate parts of a yard, and never play together.

Perhaps kids will identify with the characters in Tulip and Brutus via a scenario on their own school playground. They might consider the idea that unless they’re exposed to new people, new games, new foods and new ideas, that they don’t really know what they’re missing. And perhaps they’ll discover something – or someone – that they really like!

If a wayward, smelly, compost-dwelling stinkbug and a prim and proper ladybug can find common ground, perhaps that kid sitting next to them in class – or indeed the school library – who looks, sounds or behaves so differently, might just be a potential friend, too.

Tulip and Brutus is written by Liz Ledden, illustrated by Andrew Plant and published via Ford Street Publishing. Available now online and via all good bookshops (and libraries!). 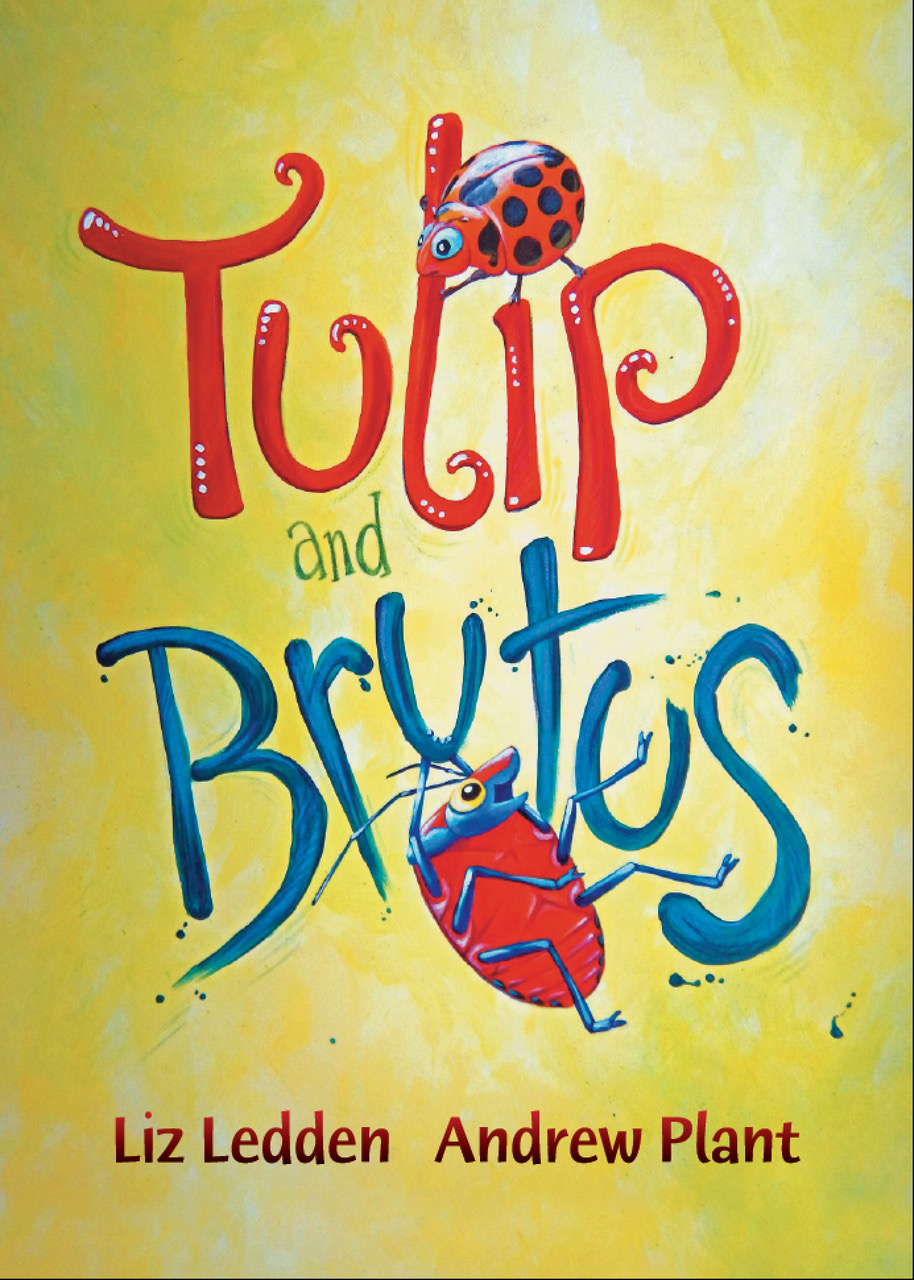